Losing you by Susan Lewis

Lauren Scott is bright, talented and beautiful. At eighteen, she is the most precious gift in the world to her mother, and has a dazzling career ahead of her.

Oliver Lomax is a young man full of promise, despite the shadow his own, deeply troubled, mother casts over him.

Then one fateful night, Oliver makes a decision that tears their worlds apart.

Until then, Lauren and Oliver had never met, but now they become so closely bound together that their families are forced to confront truths they hoped they’d never have to face, secrets they’d never even imagined… 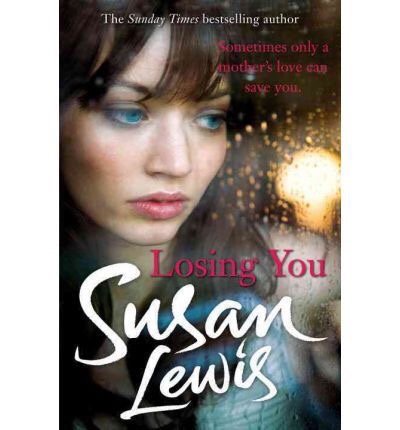 We have a few main characters and their cast, most of them get a fair amount of book, so you have to assume they all play a part in this book…..
We have Emma and her ex Will and his new family (Emma has more of a major role and is mum to Lauren)
We have Lauren who is a music student, she has a large circle of friends, pretty and well liked, her grades are good, and Mum never has any problems with her daughter.
We have Sylvie and Graham, married to one another, but Sylvie has a problem, she’s an alcoholic, her family are at their wits end, and after she smashes up a love rival for her husband (it’s not like that, she’s Graham’s work colleague) car, Graham knows that it’s time to call it a day, his boys don’t need to be dragged into this mess on an almost daily basis (granted they are in their twenties) but who needs to see their mother like that? But Sylvie keeps telling everyone that Graham has a secret, and unless she’s allowed home, she’s going to tell the world.
He have Oliver (Graham’s second son) and he is also bright and popular having a large circle of mates.  Oliver has always been closer to mother than dad, but he knows his dad loves him (but mum has slowly been poisoning her son, she tells Oliver, that Charlie is and will always be his favourite child!!) and Oliver doesn’t want his dad to help him get a job (Graham is a producer) he wants to gain respect through his own merit, not off his dad’s name.
And Oliver’s brother Charlie (he’s studying to be a lawyer.) pretty patient with both his parents. Charlie and Oliver have a great sibling relationship.
We then have a cast of friends and others, these are all slowly introduced and also have their own little stories (i don’t think it detracts from the main storyline)
The book then begins to weave the story, Emma is trying to find work, getting an interview, and maybe a new job. She’s also worrying about her debt (and lack of money) it’s her own fault really, she blames the fact she was pretty naive about the business world, and now after losing her little business and her home (to pay off the debtors) Emma has to start over again. Oh … and is she reading too much into the cryptic clues her daughters English teacher keeps sending her? Does he like her? Will she have the nerve to chase him? The reason Emma is in debt…. her husband convinced her to let him manage her company, then fell in love with someone else, but that’s not all…. he didn’t really know what he was doing, and so bankrupted Emma’s little business, but he’s not worried, his new girlfriend (and eventually wife) is from money, but it doesn’t stop them from bleeding Emma dry!!!
The story then goes about putting these two young people together, not in the usual way, but in a way that will change these two families forever!!!
Oliver NEVER drinks and drives, he’s watched his mum for years battle with alcoholism, he’s seen what it can do, yes he gets drunk, but never gets behind a wheel. But all that changes in a split second …. His mum rings him and tells him goodbye, that it would be better if she wants here!!! In a panic Oliver believes she’s going to commit suicide!!! Racing to his car, his only thought is of his mum, and trying to get to her before anything happens, but something happens and it’s not what Oliver expects …….
Lauren is in the middle of nowhere!!! Having lied to her mum about where she is going, and who she’s going to be with, she’s now stuck with a broken down car!!! No signal from her phone, Lauren decides to walk and try to find help.
Thump!!!! Oh god no!!! Please don’t let it be anything major…. that’s Oliver’s first thought, getting out of the car, it’s worse than he first thought!!! It’s a girl!!! How the hell did he hit her? Where did she come from? (Yes he was speeding, and he wasn’t thinking clearly) all types of thoughts run through his head (does he run? Does he phone the ambulance? Where did she come from? And why didn’t he see her?)
Finding a weak signal he phones for an ambulance, praying that the girl lives, he waits with her till it arrives ……
We then see how the fight for Lauren’s life affects both the families (Lauren’s parents want their daughter to survive, then anger surfaces and then they want justice fir their daughter) the consequences of a drunken mother’s phone call to her son (prison probably) each set of parents blaming themselves and then each other.
And along the way, Oliver falling for Lauren (finding her on social media and following her life) realising that he has possibly killed the one person he could be with and be himself.
It’s very slow in the beginning…. do we need all that background? I think we do, we need to know where Lauren and Oliver come from. Oliver isn’t a bad lad, he just didn’t think. Lauren isn’t a bad person for lying to her mum, but if she’s been honest, then this probably won’t have happened.
A few surprises along the way (one I didn’t see coming) but well worth persevering with it.