Books in the series ……

magic in the wind …. book 1 (novella)
The twilight before Christmas…. book 2
Oceans of fire …. book 3
Dangerous Tides …. book 4
Safe Harbor …. book 5
Turbulent sea…..book 6
Hidden currents ….. book 7
Description of the series…..
Seven sisters have power over the elements, white witches, call them what you like. Sisters who are very close to one another. They start the series all living together (except for the eldest, Sarah) the house has been in the family for generations (being handed down to the seventh daughter, it has protection spells that repels anyone who wants to harm the sisters)
We start the series…….
With Sarah the eldest, and it will continue down the line in age, till we get to the youngest sister Elle.
All of the books are written to be stand alone books, but a series is meant to offer a fuller experience, often with an additional story arc that ties them all together. It also allows a reader to become familiar with, not only characters, but with a location as well.

Sea Haven is a place in Northern California and the first time we learn about Sea Haven is with the Drake Sisters. These magical seven sisters are always there for each other though they all have very different occupations and lives. The series starts out very sweet, though there’s always an element of suspense in each story with varying levels of the paranormal. You can read any of the books and in any order but the final Drake Sisters book, Hidden Currents is darker and knowing what came before it might enhance your overall experience, but you’d still be able to understand the story even if you haven’t read the previous books in the series.

Ever since Damon Wilder sought refuge in Sea Haven, he’s heard the same breathless rumor pass the lips of nearly every local in the sleepy coastal town. Even the wind seems to whisper her name – a reverie so powerfully suggestive that it carries the curious Damon to Sarah’s clifftop home, and seeks to shelter him there.

But Damon has not arrived alone. A killer has tracked him to Sea Haven, and into the shadows of Drake House. But Sarah has her own secrets, and danger – as well as a desire more urgent than either has ever known – is just a whisper away . . . 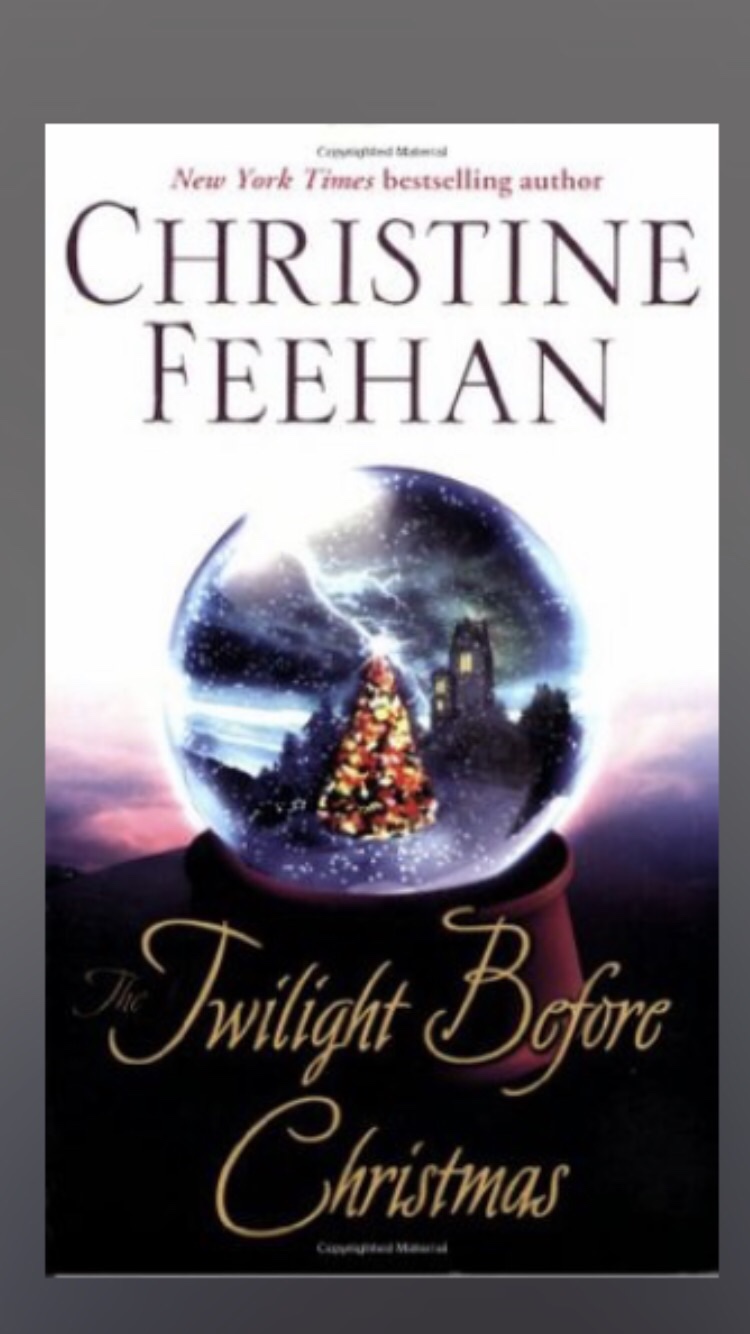 Kate Drake, a well-traveled bestselling novelist, is one of seven sisters–seven very special sisters who happen to be witches. When she returns to her small coastal hometown before Christmas to attend her sister’s wedding, she decides to settle there. Discovering a charming but run-down and spooky historic house, she decides to open a bookstore and sets about clearing it out when an earthquake occurs, knocking down part of the wall and revealing a burial crypt. Intrigued but cautious, she turns to the handsome carpenter she hired to help renovate the house. But Kate begins to sense that neither the carpenter nor the law nor any otherworldly power can help her reign in the evil that was released from the crypt. She will have to summon all of her supernatural power–and that of her six sisters–to destroy the sinister force that is casting a dark shadow over her hometown. 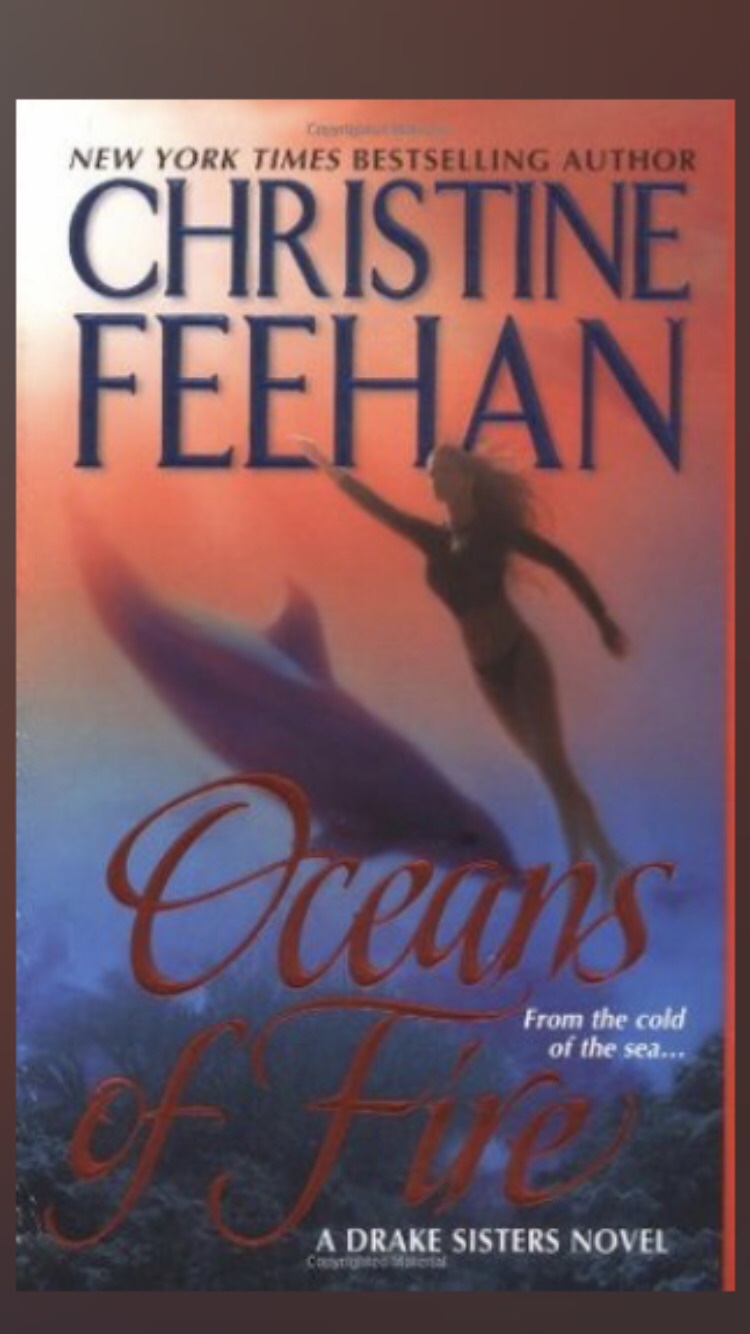 As the third daughter in a magical bloodline, Abigail Drake was born with a mystical affinity for water, and possessed a particularly strong bond with dolphins. She spent her entire life studying them, learning from them, and swimming among them in the waters off her hometown of Sea Haven…

Until the day Abby witnessed a cold-blooded murder on shore, and found herself fleeing for her life—right into the arms of Aleksandr Volstov. He’s an Interpol agent on the trail of stolen Russian antiquities, a relentless man who gets what he goes after—and the man who broke Abby’s heart. But he isn’t going to let the only woman he ever loved be placed in harm’s way—or slip away from his embrace.

Dr. Libby Drake is sensible and practical. To her more adventurous sisters, she’s always been the “good girl”. Certainly not the kind to attract the attention of a genius like Ty Derrick—until a tragic accident leaves the handsome biochemist at her mercy.

Acting on her uncanny ability to heal, she stirs in the reawakened Ty his own long-suppressed desires for the woman who saved his life. But he’s not the only man with designs on Libby Drake. Her miraculous and selfless power has also captured the attention of a dangerously influential admirer. Someone in Sea Haven is pursuing the elementally gifted beauty for his own wicked purpose. And he’s willing to go to deadly lengths to make it happen.

Joley Drake was born with a legacy of unexpected magical gifts, but it was the gift of singing that made her an overnight sensation—a rock and roll goddess trapped by fame, fortune, and ambition. Heated by the flush of success, Joley could have any man she wanted. But there’s only man who can give her what she really needs…

Ilya Prakenskii is cool, inscrutable, dangerously sexy, and working in the shadow of his infamous reputation—that of a secret Russian hit man on the payroll of a notorious mobster. He’s the last man Joley should get close to, yet when her life is threatened on tour she has nowhere left to turn. But in the seductive safe keep of Ilya’s embrace, is Joley really as secure as she imagines?

One of seven daughters in a line of extraordinary women, Hannah Drake has been the elusive object of affection for Jonas Harrington for as long at the rugged Sea Haven sheriff can remember. If only the stunning super-model was driven by a passion other than her career. But Jonas isn’t the only one with desires for Hannah.

From the shadows has emerged a vengeful figure who stalks the beauty with one terrifying purpose: to strip her of all she is and destroy her. Only one man was destined as her protection. Now, out of a storm of danger, Jonas must guide the woman he loves from a sinister darkness that threatens not only Hannah, but the entire Drake family. 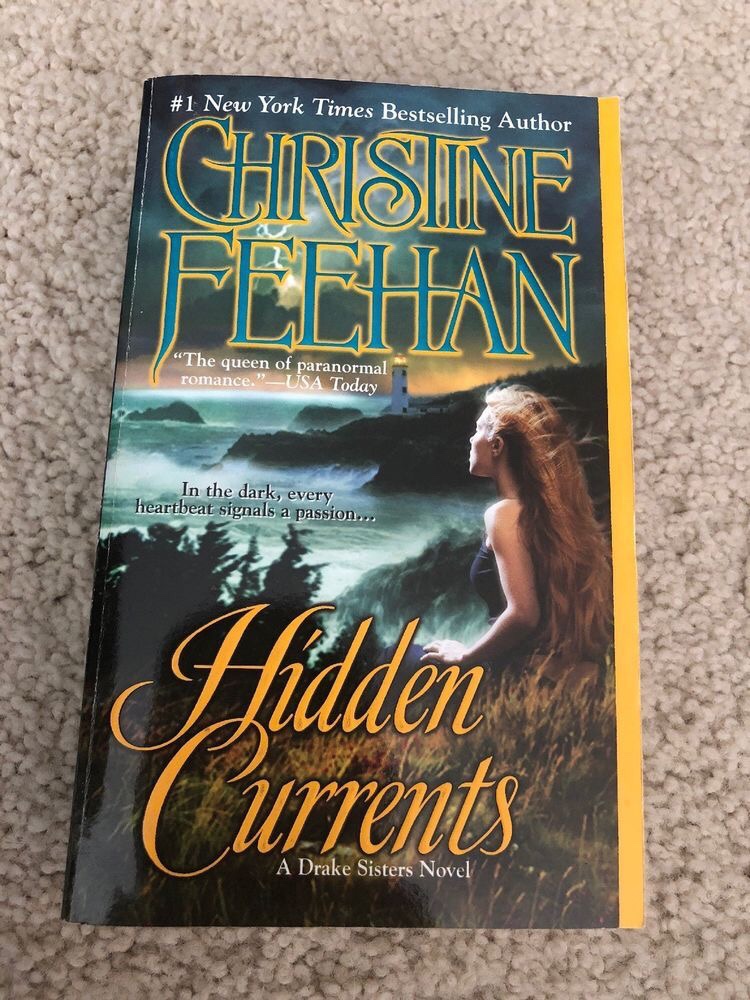 From afar, Sheriff Jackson Deveau has always loved Elle Drake, the youngest telepath of seven sisters. After a long time away she’s finally returning home to the small coastal village of Sea Haven. But someone has been following Elle, someone who doesn’t want her to make it back. And when Elle fails to arrive, her disappearance strikes fear in the hearts of everyone who loves her. Now it’s left to Jackson to uncover the mystery of Elle’s vanishing, and rescue her from an unseen danger. But Sea Haven is no longer safe for anyone, and it’ll take the powers of all the Drake sisters and their men to survive the coming storm.

I have read this series, but I’ve never written a proper review. So here we go ….