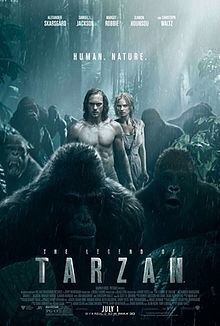 At the Berlin Conference of 1884–1885, the Congo Basin is claimed by King Leopold II of the Belgians. Five years later, Leopold has accrued massive debts in exploiting the resources of the Congo Free State, and sends his envoy Léon Rom to secure the fabled diamonds of Opar. Rom’s expedition is massacred by warriors led by Chief Mbonga, who offers Rom diamonds in exchange for Tarzan.

The man once called “Tarzan”, John Clayton III, has left Africa for his ancestral estate in Britain with his American wife, Jane, and embraced life as the wealthy Lord Greystoke. The British Prime Minister offers John an invitation from Leopold to visit Boma. The prime minister and an American envoy, George Washington Williams, explain that Leopold is defaulting on his loans, and a visit from Greystoke – whose exploits as Tarzan have made him a celebrity – would secure Britain’s influence in the Congo, but John refuses. George reveals to John his suspicions that Leopold is enslaving the Congolese population, and persuades John to go to the Congo to discover the truth. A flashback reveals the deaths of John’s parents after their shipwreck in Africa, and his adoption by the great apes called the Mangani.

John, Jane, and George journey to the Congo, circumventing Rom and his corrupt financier Mr. Frum, and are welcomed by the Kuba village of John and Jane’s youth. Jane tells George of John’s life with the Mangani, and how she first met him. Rom and his men capture the villagers, killing their chief. George rescues John, but Jane and the captive villagers are taken aboard Rom’s steamship. Rom reveals to Jane that he arranged John’s invitation from Leopold to deliver him to Mbonga. Pursuing the steamship, John, George, and the village’s remaining warriors seize a train carrying Belgian soldiers and enslaved Congolese. An engineer informs them of Rom’s plan to take over the Congo, sanctioned by Leopold: using slave labor, Rom has built forts across the region, linked by railway and river travel, for an army of 20,000 mercenaries soon to arrive. With Leopold bankrupt, Rom needs the diamonds of Opar to pay for the army.

Finding documents that will expose Leopold, John and George leave the proof with the Kuba warriors and rescued slaves to deliver to Boma, and the pair continue on through Mangani territory. Confronted by the apes, John is forced to fight their leader, his adoptive brother Akut. John loses, but he and George are permitted to travel on. Jane and a friend from the village escape the steamship and flee into the jungle. Sending him to rally the other tribes, Jane encounters the Mangani, and Rom’s men open fire on the apes. John arrives, saving the surviving Mangani, and pursues Rom, who takes Jane to Mbonga’s tribe. It is revealed that years ago, Mbonga’s son was killed by John for killing John’s adoptive ape mother, Kala. Mbonga attacks John, who gains the upper hand but spares the chief. George and the Mangani arrive, and he and John convince Mbonga that Rom is their common enemy.

Rom takes Jane and the diamonds to Boma, where the mercenary army approaches shore. John and George send a massive stampede of wildebeest through the town, overrunning Rom’s men, as the Kuba warriors arrive by train and free their families. John rescues Jane and pursues Rom, who prepares to deliver the diamonds to Frum and the mercenaries. Williams sinks Rom’s steamship with a Maxim gun, but Rom strangles John with his spider silk rosary. Using a mating call to summon crocodiles, John breaks free and leaves Rom to be devoured by the crocodiles, escaping as the vessel’s boiler explodes. Frum and the fleet of mercenaries depart. George returns to London and presents the prime minister with an open letter to Leopold exposing the slavery and abuses of the Congolese people. One year later, John and Jane have relocated to Africa, in Jane’s father’s old house. They celebrate their newborn child, and John returns to the great apes as Tarzan. 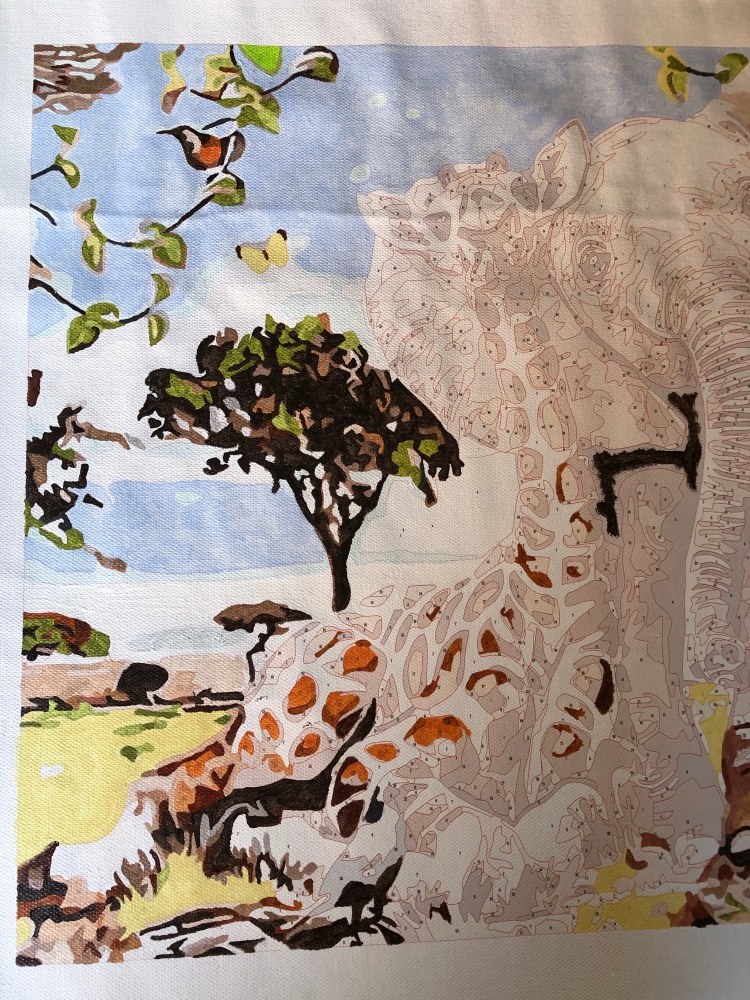 A damp day today. Didn’t get much done, in fact I spent the day dozing!!