They survived a brutal upbringing in a Russian training facility for assassins. But these men still have a long way to travel for redemption. . .

Breezy Simmons was born into a ruthless motorcycle club—and now that she’s out, she’s never going to be that girl again. But when her past catches up with her, Breezy must go to Sea Haven to seek out the man who almost destroyed her. The man who chose his club over her and left her feeling used and alone.

As vice president of Torpedo Ink, Steele is ride or die for the brothers he lived through hell with. He never thought he’d find something as pure as his feelings for Breezy, or that keeping her safe would mean driving her away with cruel words that turned her love for him to ash.

Now, Steele won’t let her walk away twice. He’ll do whatever it takes to make Breezy his woman again—especially when he learns the real reason she came to him for help, and that the stakes are higher than he ever could have imagined. . . 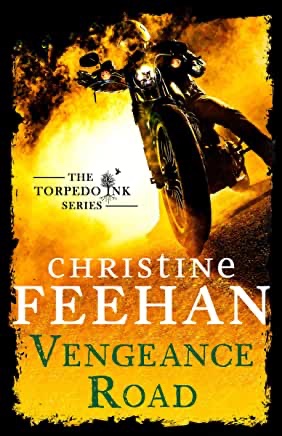 Lyov Russak or “Steele” as he’s known now. He’s the Vice President to the biker club known as “Torpedo Ink”, he leads a team when they have to split. He’s known as Steele for a reason, not only does he have an infinity for metals (he can unlock anything) he has nerves of steel when dealing with the wounded. And he answers to no one except Czar.  He’s also a doctor, never got the degree, but the people he learnt under made sure he knew everything about medicine.

Breezy Simmons has always known the biker life. Born and raised as nothing more than a drugs mule, a body for the men, never seen as a person, not until she met Steele.  But that seemed such a long time ago, he made her feel like a person who mattered. But then like all biker men, he used her and threw her away like everyone else, so Breezy left that life, found another one. One with just her and her son.  But someone took her little boy away, and now she has to ask the one man she never hoped to see again, she had to ask Steele to rescue their son!!

Steele doesn’t know what to do or say, he has a child!! All the emotions he’s pushed away have come rushing back. But he won’t back away from a fight, so he’ll help Breezy, but she won’t escape him again!! It almost broke him to let her go last time, he won’t survive her leaving him again.

I love this series. The whole range of emotions are dealt with in this series. Steele being a bit of a man-whore, but he uses those women to help him forget Breezy. He couldn’t take her with him, so he treated her badly, gave her money and told her to go. But he never forgot her.

This is a second chance at love 💕 both Breezy and Steele are use to being treated unfairly. Both had deep feelings for one another.  But can he forgive her for hiding his son? And can she let him back into her life?

Another good book in a great series. We get to see all the characters from the previous book.  More great fight scenes, the bond between the brothers and sisters is so strong, It’s great to read.  We also get to read more about both Steele and Breezy. How they first met, and how totally besotted he was with her. We read about Breezy’s life, it’s a hard one, but not nearly as hard as Steele’s.

These books are hard going, we read about child abuse, beatings and torture. But it gives you an insight as to why the club runs the way it does. Why the torpedo members are the way they are.  Children having to fend for themselves amongst grown adults, not given anything, they had to fight for everything. So they don’t have nice manners, but they do have each other’s backs.  We find out why Steele has to always be in control.

Have to admit, when I read about the child, it wasn’t what I was expecting. But it’s good. Finding out Steele has a son knocks him for six. He never thought he would have a woman let alone kids.  Reading about Breezy not having easy life made her a perfect match for Steele. There were a few things that had me raising my eyebrows, but if you put yourself in those shoes, then the way they were raised makes sense.

I can’t wait to read the next one.