Vincent says women-shifters can’t hunt…
Charlie’s ready to prove him wrong…
But will they kill the demons, or each other?

As mayor of Prospect Falls, Vincent must protect his people at all costs. But demon attacks are on the rise, and sometimes the weight of his responsibility feels heavy enough to crush him.

When the council agrees to send help, the burden upon Vincent’s shoulders is lifted. He expects to receive a fellow guardian like himself: strong, fierce, and ready to kill. Instead, a curvy, blue-eyed bombshell steps through his door. Vincent could laugh, if he wasn’t stunned into silence. Are they meant to kill the demons, or seduce them?

All Charlie has ever dreamed of is being the first female guardian, and no pig-headed shifter is going to stand in her way, even if he is drop dead gorgeous. Besides, the demons grow bolder every day. Vincent might not want Charlie’s help -or acknowledge the chemistry sparking between them—but if he doesn’t get over his stubborn streak soon, it might be too late. 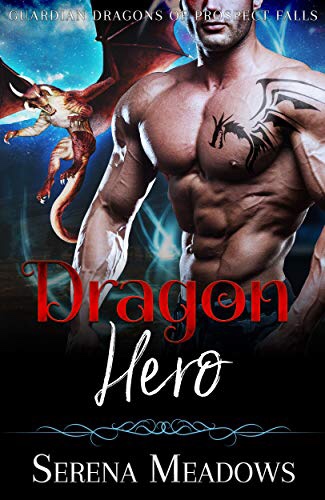 Vincent is the towns newspaper editor, mayor and guardian. Work is just getting away from him, he didn’t realise how much his mother and father did for the town.
Charlie only wants a chance to prove that she can do the job she has always wanted. Who says a woman can’t be a guardian? Well Mayor Vincent Chambers says so!! She needs to bring honour back to her family name (she’s the last in her line, so she needs to show her father, family and the council a female is just as good as a male to be a guardian)
That has to be the funniest of the series so far. Poor Vincent, juggling three jobs. He assumes the council will send him a demon hunter/guardian.
He also puts a advert in the paper for an assistant to help him with the newspaper and the medieval festival.
What he gets is no one applying for the roll of assistant, and a newly trained woman as a guardian!!
Had to think Vincent was a little chauvinistic! A woman was not going to be a guardian, but she could file papers and organise the vendors!!
Glad Charlie got the chance to prove him wrong.
The chemistry between them is strong, it helps that Charlie is a dragon shifter also, but when Charlie doesn’t want the bond between them (she feels like she’s letting her father down) Vincent has to prove to her that it’s them against the world.
The story is coming along nicely. You don’t have to read them in order, but it does help as there is a running story in the background.
The usual characters are here, including Miranda the nosey manager of the motel. Horace the strange little man that owns the bookstore. And the main characters from the previous books.
The council are misbehaving also. Well not all the council, just a certain mean and nasty councillor (he’s after Adam’s farm, old family feud) he wants the guardians to fail for some reason.
Demons activity is increasing and so is the meddling of the council (well one councillor in particular)
So can Vincent come to terms with his own prejudice? Can he see that Charlie could be an asset to Prospect Falls? And can Charlie get the role she has worked so hard for?
🦋