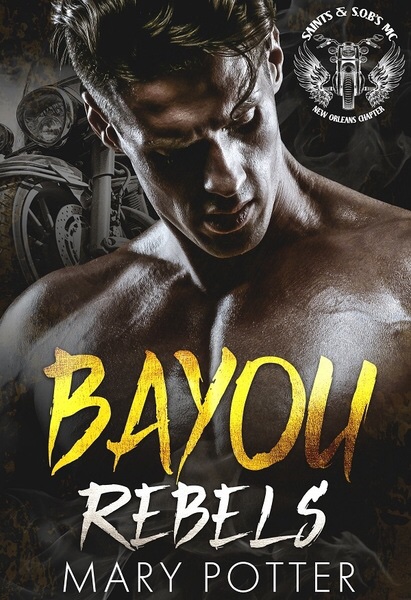 Life has been great.

I made a mistake laying eyes on Slick.

Rough. Handsome. A rugged hulk with a deadly combination of hazel eyes and leather.

Lucky I have my motorcycle.

Lucky I have my girls in the club.

Lucky I have my best friend, Jacinta.

Life has been great.

I made a mistake laying eyes on Mandy.

Beautiful. Sexy. A small town girl who seems more like a movie star.

Lucky I have my motorcycle.

Lucky I have my buds in the club.

Lucky I have my friend, Slick.

That is until today.…

This is the prequel to the S.O.B Series, it probably could have been added to the first book as a prologue, but never mind, let’s get going…..

Serafin and Jacinta are best friends, and Daryl “Slick” is Serafin’s boyfriend (can you see where this is going)? Yup she catches them both at the MC and wants nothing more to do with her friend, the boyfriend or the club, Serafin rides away and doesn’t look back!!

On the other side is Storm, he’s also living the good life, girlfriend on his arm, bike beneath him, what more could a guy want? Well it would be nice if the girlfriend didn’t spend so much of his money. His best Buddy Slick (yup same guy) tells him he shouldn’t be tied down to just one chick (great advice Romeo!)

This story gives us glimpses into their past, it jumps to different times, all pivotal moments.

How Serafin started off loving bikes and living her best life, finding friends and companionship, and although a rebel, Serafin understood the rules. How her heart got broken by a guy she’d fallen hard for.

“From that day forward, I wanted nothing to do with the SOB Riders. SOB is right－Sons Of Bitches! Daryl had taken my virginity and my pride, and he made me look like a fool. Jacinta was dead to me. We were no more. Safe to say, I didn’t make it to Mardi Gras that year. That was one year ago today”

And Storm, he’s having to come to terms with a woman her lives with all his heart, but knows deep down she’s just a user! He’s making plenty of money doing the job he loves, but Mandy just spends it quicker than he can make it! Something has to give! And it does, she takes it all, and leaves him with an empty home!

“That was the moment I hardened my heart to women. I vowed never to be played for a fool again. I had to pull myself out of the depression Mandy put me in for the next seven months. Lucky for me, I was one of the best repairers in town, so I had a steady stream of customers coming through to keep my mind occupied. Daryl and I got tighter－more drinking, more partying, and oh, the women.”

As I said before, the prequel is great, we get to see how and why Serafin and Storm

And it sets up the next book nicely, Stormy Ride…….