Take It Back A Novel by Kia Abdullah

From author Kia Abdullah, Take It Back is a harrowing and twisting courtroom thriller that keeps you guessing until the last page is turned.

Who is telling the truth?

Zara Kaleel, one of London’s brightest legal minds, shattered the expectations placed on her by her family and forged a brilliant legal career. But her decisions came at a high cost, and now, battling her own demons, she has exchanged her high profile career for a job at a sexual assault center, helping victims who need her the most. Victims like Jodie Wolfe.

When Jodie, a sixteen-year-old girl with facial deformities, accuses four boys in her class of an unthinkable crime, the community is torn apart. After all, these four teenage defendants are from hard-working immigrant families and they all have proven alibis. Even Jodie’s best friend doesn’t believe her.

But Zara does—and she is determined to fight for Jodie—to find the truth in the face of public outcry. And as issues of sex, race and social justice collide, the most explosive criminal trial of the year builds to a shocking conclusion. 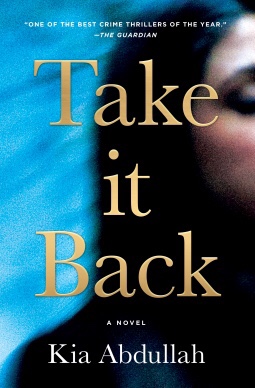 My Review……
Can I just say WOW!!!
I’m more of a paranormal reader (and proud) and I only read something different when I’m on holiday (weird I know) but that was great writing.
The story drew me in.
This book has great characters, very complex and draws you in from the start and keeps you there till the last page.
I loved the character of Zara, going against her family and community to represent Jodie was to her family “wrong” Zara is a Muslim, the accused are Muslims, Jodie is a disabled white girl! But after serving the judicial system for years, Zara has had enough, so she left her high flying career and now helps victims of violence. Again her family are disappointed, but it’s something Zara had to do for herself. I also get the impression that Zara is battling herself, her addiction to medication, her boyfriend and her unsympathetic family all add to her daily battle. When you first meet her, you get the impression Zara just doesn’t care, her boyfriend wants more, she’s just rebelling by dating a non-Muslim, she barely speaks to her family….. but if you look further she’s disconnecting…. built such a high wall, that nothing or no one can get through.
Jodie is alone in her battle and the world. Her best friend Nina, proves to be not the best friend she claims to be! And as for her drunken mother (who I wanted to slap) just wanted to blame the world for her problems, she didn’t care about Jodie at all!
Jodie is written as a very strong character, she’s had to face people and their discriminations since birth. Jodie has facial disabilities, but that shouldn’t define you!  yes
Yes she’s the victim of a violent crime, but she’s not about to let people shut her up! She’s demanding justice.
But as it all beings to spiral out of control, Jodie wonders if she just should have stayed quiet (especially as they find out she had a crush on one of the accused!)
The four accused boys take Jodie’s accusations differently…. Farid withdraws from reality, Amir and Hassan both lash out at others and everything around them. Mo seems the most genuinely troubled by Jodie’s accusations.
You could almost sympathise with Mo, but there is something stopping me, I’m not sure, but I don’t want to trust him!
The book takes us on a journey that I found fascinating and horrifying at the same time.
To have to prove your innocence, to have to run the gauntlet of people judging you. Hoping your friends and family have your back, only to find out that they don’t, not really!
The courtroom scenes are just as bad, if this is the way the system works, then no wonder people don’t come forward!
The hits in this book keep coming….. Zara makes a rookie mistake and it’s Jodie who pays for it! Then when you think it’s going to correct it’s self…. bang!!! Another blow!! Seriously I felt emotionally exhausted after several of the chapters!
There are triggers in this book, it’s deeply upsetting in places. But please stay with it!
The story will have you trying to work it out until the end!