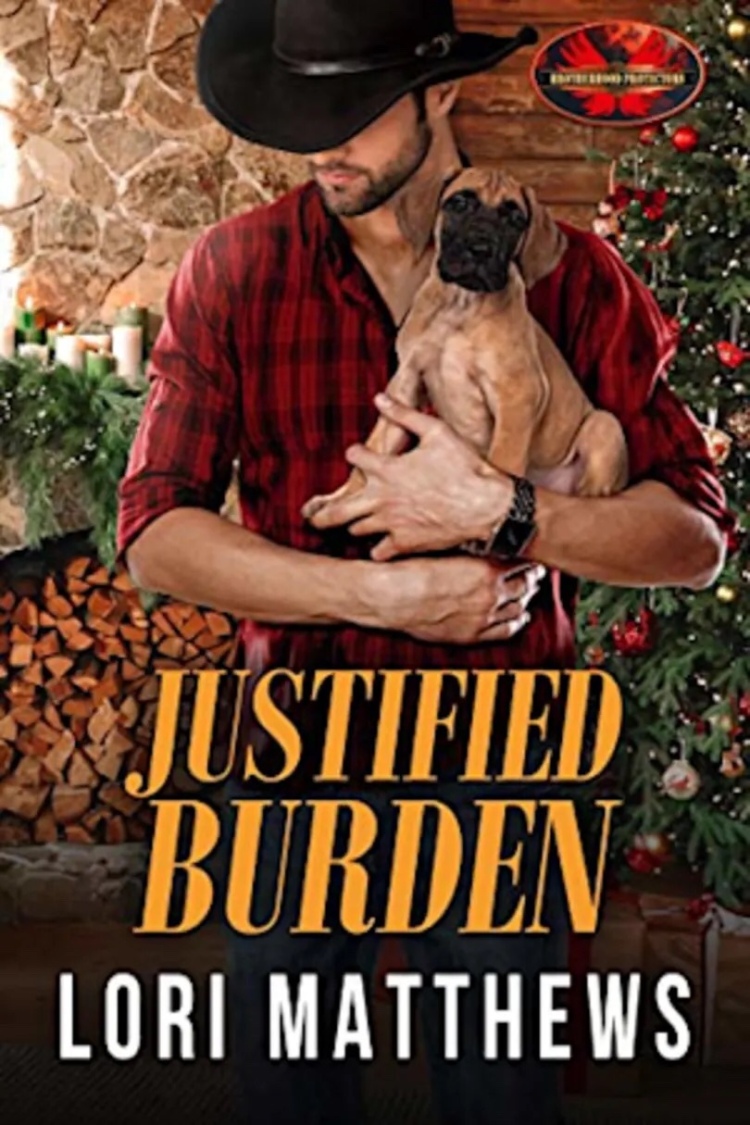 Former Navy SEAL, and Personal Security Specialist Rhys Bennett is in Canyon Springs to mend after being shot on his last assignment. His wound has healed and it’s almost time for him to go back to work, but he’s worried. The sixth sense that’s kept him alive so far is MIA.

For Scarlett Jones, being in Canyon Springs is her chance at a fresh start after a devastating tragedy. She’s desperate for her design business to be successful. But when things keep going wrong on her latest remodel, panic sets in. Is someone sabotaging the worksite on purpose or is it all in her head?

Realizing the distracting Scarlett is in trouble, Rhys puts aside his self-doubt and volunteers to protect her. Watching over the beautiful redhead won’t be too difficult. Or so he thinks until a body is discovered and the mystery surrounding Scarlett turns potentially deadly. Will Rhys be up to the task of keeping Scarlett safe or will the killer get away with murder twice?

My Review……
We met Rhys in the last book (Justified Misfortune) recuperating after being shot (not in the last book, but I get a feeling he might have been in a previous story)
You don’t need to have read any of the other books, but I’m interested in other characters now.
Rhys is a friend of Hudson’s, he staying with him and Sunny whilst he’s recuperating from a leg wound, he would have gone home, but didn’t need to babying his mother and sisters would insist on.
He’s also having a crisis of sorts, being shit has left him feeling a little out of sorts, he’s worried his gut feeling will let him down, and it could cost him his life or the life of the next person he’s looking after.
Scarlett is new in town, getting the job of designing the interior of the Wellness Center was a big coup, if she can get more work here then she’s going to settle.
But Scarlett has a secret, she’s being targeted! She’s not sure who or why, but it could set her back on the road!
Scarlett and Rhys meet after she designs the cabin Hudson fixes up for Rhys.
He finds out from Scarlett that she’s being stalked! So he offers his services, it should’ve take too long, then Rhys can move out and move on with his life….
Another murder/mystery story with just the right amount of romance theorem in for good measure.
The book is a fast paced whodunnit story. The chemistry between the MC’s us fun to read. I’m getting the idea Rhys wants to settle down, but he’s also out to prove he can still do the job.
Scarlett is great, she’s trying not to let the incidents that occur get her down, but they are making her jumpy, thank goodness Rhys believes her.
Working out who the culprit is half the fun. The book is easily read in an afternoon, nicely written with attention to detail.
I liked the element of surprise and the detective work that you have to put in.
The romance between Rhys and Scarlett is electric. It’s also great catching up with a couple from a previous book.
So can Rhys protect his newest job? Or will the killer get his next intended victim?
🦋