So long as the guys call him Boomer, Theodore Parker is content with his life. He has a place to stay, work to do, guys to hang—or fight with—when he wants, and the wilds of Montana to roam when he needs to be alone or go full bear. He has everything he needs.

Until he finds a woman on the side of the hill, hurt and unable to remember who she is. The more he’s around this alluring woman, the more he realizes his life isn’t complete without her. He’s not so selfish as to doom her to a rough life with a bear-shifting mountain man, though. 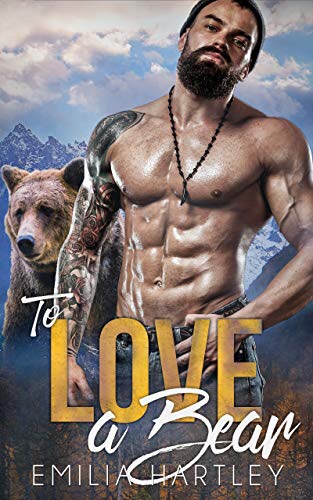 Theodore Parker (or Boomer to his friends) is a grizzly bear shifter, he’s also a lonely shifter. He wants a mate, but where does he find one? Humans are too fragile, and if they find out about him, he either has to kill them or convert them (and that doesn’t always work)

He’s resigned himself to working with his crew and always being alone.

Emmy is on the run, always hiding, she can’t settle in one place for too long, she’s scared, but she won’t be taken ever again. Waking up to a handsome face at the bottom of a hill, Emmy has to wonder if her husband has sent someone to bring her home. But for the first time in what seems like forever, Emmy feels safe, it’s crazy, but if he isn’t here to bring her home, then she might just have a chance at happiness. If only she could remember.

Emmy and Boomer bounce around the attraction they have for each other. Emmy wants to stay, and Boomer wants her to stay, so what’s the problem? She feels like he’s hiding something, something big!! And he is, but will he have the guts to tell her?

And when her past finds Emmy, what will Boomer do about it?

I liked this story, it sets up the rest of the 4 book series.

Great storylines, really good characters. Liked the amnesia story, Emmy not sure of where she came from, or her past, but she’s drawn to Boomer.

The bears are all loners, but they’ve formed a pack of their own, they fight a lot, but usually only to let off steam.

Could go with being a little longer.